In November 2017 CeSHHAR, supported by colleagues at LSHTM, conducted a participatory photography project with Zimbabwean men. Funded by an LSHTM Public Engagement Small Grant, the aim of this project was to use photography and participatory methods to understand how men describe and understand their experiences HIV self-testing (HIVST), and to promote cross-cultural awareness of HIVST.

Keeping the community informed, as well engaging them is one function of the research team at CeSHHAR. Participatory photography is just one way of doing it, which is personal for that matter. Participatory photography involves: “ letting the people make images that tell their own stories – pushes our own understanding of the human condition beyond what communications scholars have called ‘textocentrism’ (Leonardo Turrin 2009). It is also viewed as “a voice through which people can represent themselves and work towards positive social change” (PhotoVoice 2012).

All forms of art and media can be used in a participatory manner to bring out views and perceptions about a subject matter. Participatory photography initiatives are very flexible and can be used for multiple purposes, in this case we used it to explore how men’s HIVST views and issues are represented through photography.

November to December 2017 was the period when CeSHHAR, together with its partners, touted the participatory photography initiative to engage with men who would have accessed HIVST through the STAR Initiative’s facility-based model. Some 10 participants were recruited in Harare, at the PSI New Africa House New Start site and some were recruited at the voluntary medical male circumcision (VMMC) site. The recruitment process was fairly easy, though some who had promised to participate failed to do so due to other commitments on the first workshop day.

The CeSHHAR team provided training through two community workshops with the group of ten male participants. The workshops introduced them to basic photography skills, creating a space where they can share their issues which affected them, exploring these issues through photography. This exercise gave the participants a platform to express those things that usually go unsaid; to also reflect about their HIVST experience as well as their home life, which they otherwise would not be likely to talk about. Participatory photography allows these views and experiences to be seen and also to stand out.

A few days after being recruited the participants attended the first workshop at CeSHHAR. At the workshop the participants were taken through visual literacy activities, which were activities meant to improve their ability to capture, read, and interpret images. This process or workshop was done in a participatory and somewhat funny way because one of the aims was to support the participants to develop their own visual images interpretation that reflects their concerns and interests.

After attending the first workshop the participants were given the task to go back to their communities and capture images that they felt would best bring out their views and feelings about HIVST before and after testing. They were to bring these images to the second workshop, scheduled two weeks later, where they would share the images and their interpretations with the facilitator and other participants. In between, the facilitators arranged short one on one dialogues with participants to discuss challenges and any other viewpoints.

This participatory photography initiative did provide the participants with an opportunity to express their views about HIVST. It also presented the participants with an opportunity to reflect and take a unique look into their motivations for taking up HIVST and their general perception of HIVST, information that may be very important in understanding how they made their decision and how to market HIVST to men in general. By participating in this exercise it should be noted that participants were letting us into their lives and trusting us with some pretty meaningful moments.

Being part of the team that organised and facilitated this initiative, I found it very interesting, fun and interactive. The most exciting part was to note how the participants could attach meaning to their pictures. All the participants had a small story to tell about each picture they presented. The photos were exhibited at LSHTM in London and local exhibitions are still being organised in Harare. Apart from celebrating the photos, the exhibitions will also be raising awareness about local men’s HIVST views and issues within their communities.

Leonardo Turrin 2009, What is the World? Participatory Photography in the Documentary Tradition’ http://www.leonardoturrin.com/2009/01/what-is-the-world-participatory-photography-in-the-documentary-tradition/ 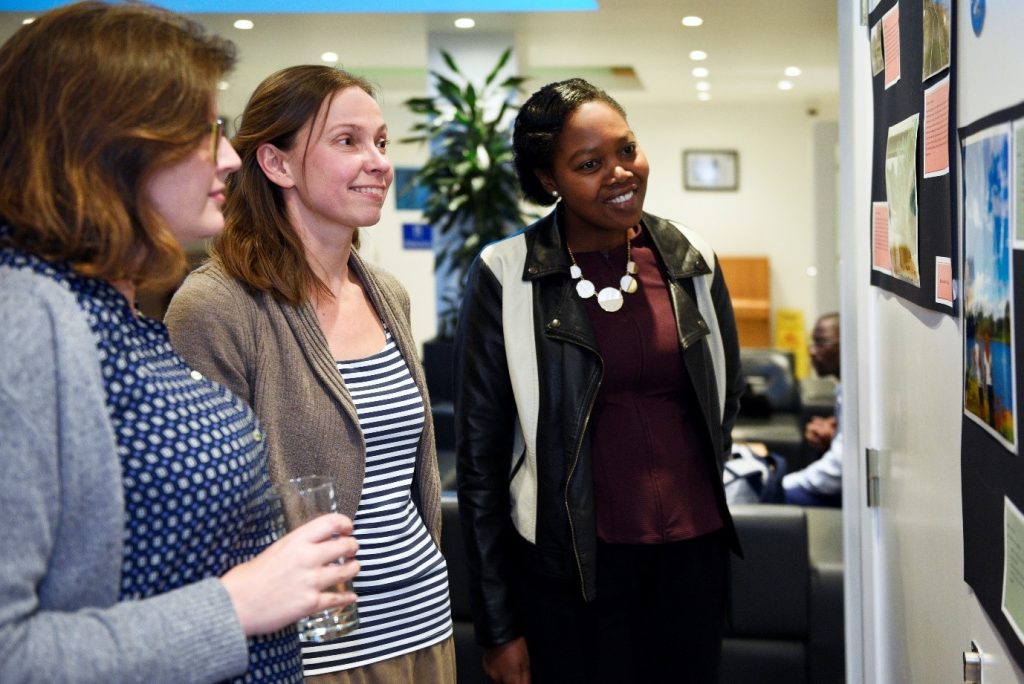