In the context World AIDS Day, the STAR alliance held a public symposium at the London School of Hygiene and Tropical Medicine in London, discussing developments of HIV self-testing in the context of the STAR initiative with an international panel of researchers and public policymakers.
Watch the video here

In addition to regular meetings of STAR’s partners and researchers, Qualitative Research Network, Economics Network and Quantitative and Epidemiology Network, the following events have been held.

The STAR Initiative held a satellite session on Monday 23rd July from 14:45 to 16:45, on “Taking HIV Self-Testing to Scale in Southern Africa”. This event was hosted by Unitaid, Population Services International and the World Health Organization.

STAR held a satellite session, “Translating HIV Self-Testing Innovation Into National Policy and Scale-Up”, on 7th December. The session reviewed WHO guidance and new evidence emerging from the STAR Initiative. Research updates and case studies from four African countries explored how HIV self-­testing (HIVST) evidence has been effectively translated into policy and the integration of HIVST into national HIV testing programmes.

“In Our Hands” film screening 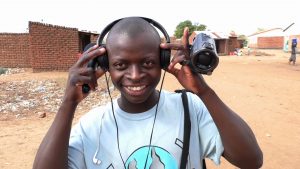 In Our Hands is a community-led documentary funded by Wellcome Trust. It is a collaboration between Global Health Film initiative, Liverpool School of Tropical Medicine (LSTM), Malawi-Liverpool-Wellcome Research Programme (MLW) and WHO, and produced by Millie Harvey. Villagers in rural Malawi were empowered to tell their stories of HIV self-testing, using participatory film-making. This resulted in a powerful public engagement film (see poster and synopsis), which was shown in eight different locations on and around World AIDS Day 2017: Geneva (Switzerland, by WHO and Le Groupe Side Geneve), Neno, Machinga and Blantyre (Malawi, by MLW), Abidjan (Cote d’Ivoire, for ICASA) and London (by LSHTM – see our photo gallery – and also as part of Global Health Film Festival).

A short version of the film is available here.

UNITAID, PSI, WHO and LSHTM hosted a satellite session at IAS to share key findings from phase 1 of the STAR project and plans for phase 2, on Sunday 23rd July from 5:00 to 7:00 pm.

For a summary of all HIV self-testing sessions and presentations see the IAS HIV Self-Testing Roadmap produced by STAR.

STAR hosted at the Boma Hotel an HIVST workshop, the purpose of which was to bring together key stakeholders, to catalyse and inform new programming and evidence-based implementation and scale-up as well as to disseminate the latest WHO HIVST guidance in Africa. The workshop focused on sharing the latest evidence and lessons learned on HIVST and skills building among key leaders from ministries of health, civil society, regulators and implementers who are working towards introducing and scaling-up HIVST.

The HIVST Workshop agenda can be downloaded by clicking here and presentations are available below: